“The Orbit Magazine Anthology” is an archaeological dive into Detroit’s alt-publishing history with a focus on the three magazines published by Jerry Peterson and his band of punk infused creative types. Better known as Jerry Vile, Peterson was the ringleader who brought together creative misfits from the Detroit area to create three key publications: White Noise (1978-1980), Fun: The Magazine for Swinging Intelectuals (sic) (1986-1990, 1994), & Orbit (1990-1999). White Noise was a Detroit area punk music rag steeped in the ideals of New York’s Punk or L.A.’s Slash. But, the creates also injected White Noise healthy dose of National Lampoon–type humor while based it out of the Detroit punk scene centered at Bookie’s Club 870. 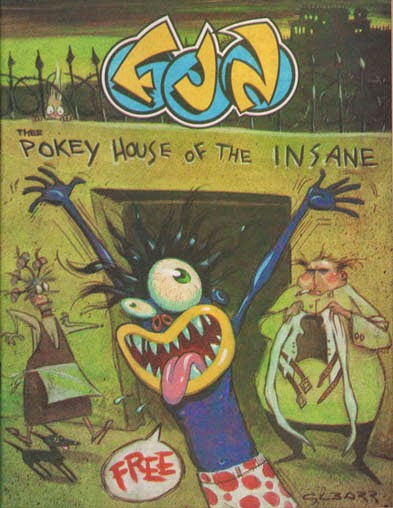 Fun found the young punks growing up and facing the yuppie 1980s in Detroit with a sharper scalpel. Jerry Vile and some of the White Noise alums – a garage band of writers, cartoonists, and satirists – would create a completely new form of media: the free humor magazine. Fun beats The Onion to the newsstand for that honor by at least two years. 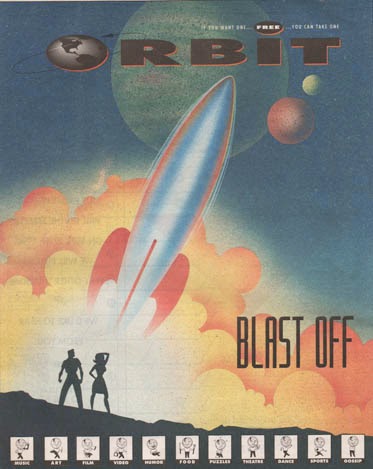 As the 1990s dawned, the publisher became less Vile and more Peterson as sneering satire of Fun could be found in the pages of Orbit, but in a more professional presentation with more actionable information and an overriding idea – creating a magazine to rival the long entrenched Detroit alt-weekly The Metro Times. Orbit left the typical lefty politics to the competition and instead focused on arts & culture, satire, and sharp design to grab readers. Beyond print, Orbit also beat all Detroit publications, and most others worldwide, to the new digital playground of the Internet. Before laying Orbit to rest in the fall of 1999, Peterson had a hand in creating Real Detroit Weekly, which still publishes today, as well as The Essential Guide to Detroit – a slick format annual magazine sold at boutiques and the airport.


Even though the battle for print supremacy is long over, many of the innovative ideas and great stories created by the White Noise, Fun, and Orbit staffs still resonate. “The Orbit Magazine Anthology” tells the tale by bringing reprints of classic pieces from the magazine coupled with behind the scenes stories of those who were there.

Get ready to experience the brilliance of these publications and the Detroit culture it covered, mocked, and supported.