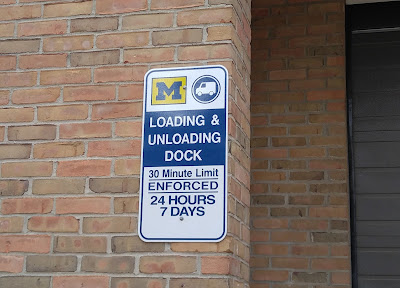 Been a minute, or seven, since my last update.

I wanted to share a few things with you from the world of The Orbit Magazine Anthology as we start 2016 together.

It was announced today that the book is being honored as a Michigan Notable Book from 2016 from the Library of Michigan.

The program, since 1991, has spotlighted up to 20 books each year from Michigan authors or about Michigan. If you look at the list of great writers/books, from this year and the past, it's an honor for me as a first time author.

The Library of Michigan, which runs the archives of the State, is honoring the writers with a special event in April. From there, the Library will be working with local libraries around the state to bring in the authors of the books to talk about their work, their process, and other aspects of writing, during April, May, and June of this year. I hope to see more of this great state of ours, including the U.P. which I have not really visited since I was 6 years old, as part of the tour. You'll see dates for the events on this page as well as the book's Facebook page. So, please keep in touch.

Been a minute since I've had a chance to update you on the latest.

To start, thank you to everyone who has had made it out to the book events. It's been great meeting you, chatting with fans & old friends about the book and the magazines that inspired it. The most fun I can have as the author of this book is seeking the excitement and smiles on your face as you pick up your copy. It's been great - THANK YOU!


Over the past few weeks there have been some great developments happening. The great website Dangerous Minds wrote about the book. This is a great honor because they do great things, and I've always been a big fan of Disinformation - the original publication/site that Richard Metzger started before he went on to do Dangerous Minds.

If you haven't had a chance to read it, check out the write up here -> Remembering Detroit's Legendary Cult Zine - Orbit


Halloween this year including a stop at Hallowicked - the annual Insane Clown Posse event in Detroit. Violent J was kind enough to interview with me for the book. So, I wanted to hand deliver copies to the clowns. Thanks to their PR department over at Psychopathic Records, I had the chance to check out Hallowicked at the State Theater (I still can't call it that other name) and then the after party at St. Andrew's Hall where the meeting - and this photo - took place.

As Violent J said best in the interview, "Everybody cool read Orbit first. They were the funny, cool, young, crazy place to be."

It's Your History - Let's Archive It! 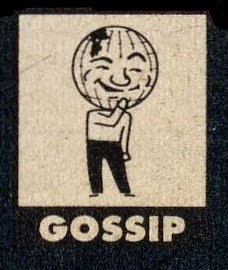 A major historical institution is interested in collecting all aspects of the Orbit story from the people who were there. I can't tell you what archive, right now, but soon the world will know soon and it's going to be amazing!

Do you have materials? Please fill out the form.

Do you know someone who has materials? Pass this page on to them and ask them to fill out the form.

Thanks again for your help!

Images, Laughs, and Stories from the Book Signings

The book signings started on Thursday September 10th, and I think I accomplished what I set out to do - give people a different experience at each location while introducing them to some of my favorite people & places.

Not only did people share great stories of what they loved or remembered about the magazines, but we even made history when the head of Orby was reunited with Jerry Vile.

I also have to say the kindness of members of the magazine staffs have been nothing short of amazing. Many have had kind things to say about the book, One staffer even gave me some one of a kind memorabilia with Orby head pins and an ultra-special unworn, limited edition Orbit t-shirt (turquoise on black).

It's just been an honor to share the book with everyone. Thank you, if you came out.

Here's a look at the events:

Tonight starts the first in a series of book events - signings, print releases, film screenings - for you to enjoy.
I hope you can make it out, share a few laughs, and celebrate Orby's 25th birthday with the release of "The Orbit Magazine Anthology."

Here's the list for the next ten days - all Metro Detroit area places:

Heading into Labor Day, there was no rest for the wicked on the Orbit book team.

The day started at 9am at Fox 2 Detroit for an interview with Jerry Vile on "The Nine".

At 1pm, WDET's Culture City had a solo interview with yours truly.

By 5pm, the Detroit Free Press released an "Exclusive Excerpt" of the book.